Volkswagen USA reached out to us with an incredible opportunity. They offered to send me one of the first VW Arteons in the United States, which is their newest flagship sedan, and asked me to create an art series around it. The goal was to create around 8 final images, print them out on giant 8 foot long archival paper, and present them during a museum show for the Arteon’s public debut in the United States.

The project was a unique challenge for a few reasons. One, they gave me nearly complete creative freedom on what I would create (as long as it included the car). This essentially never happens. Second, they wanted the images to be unique and not look like a normal car catalog ad campaign. Third, I had never printed my images out this large before (other than billboards). The viewers would be within inches of the giant prints in a museum environment, so quality and color reproduction were going to be incredibly crucial.

When coming up with the concept for this project, I went with what I am creatively into at the moment, which is 1980’s-inspired Synth-wave music and art. I opted to create images with deep blues and reds to compliment the beautiful gold paint on the Arteon. So, as you can imagine, being able to recreate colors with deep saturation was going to be important for us.

We casted two prominent models and booked two iconic Los Angeles area locations. One was a drive-in studio that looked like Batman’s lair, and the other was a notable underpass in downtown. My goal was to create images that were mostly shot in-camera, so I was really relying on the Trichromatic to handle long exposures in low light captured in rapid succession. 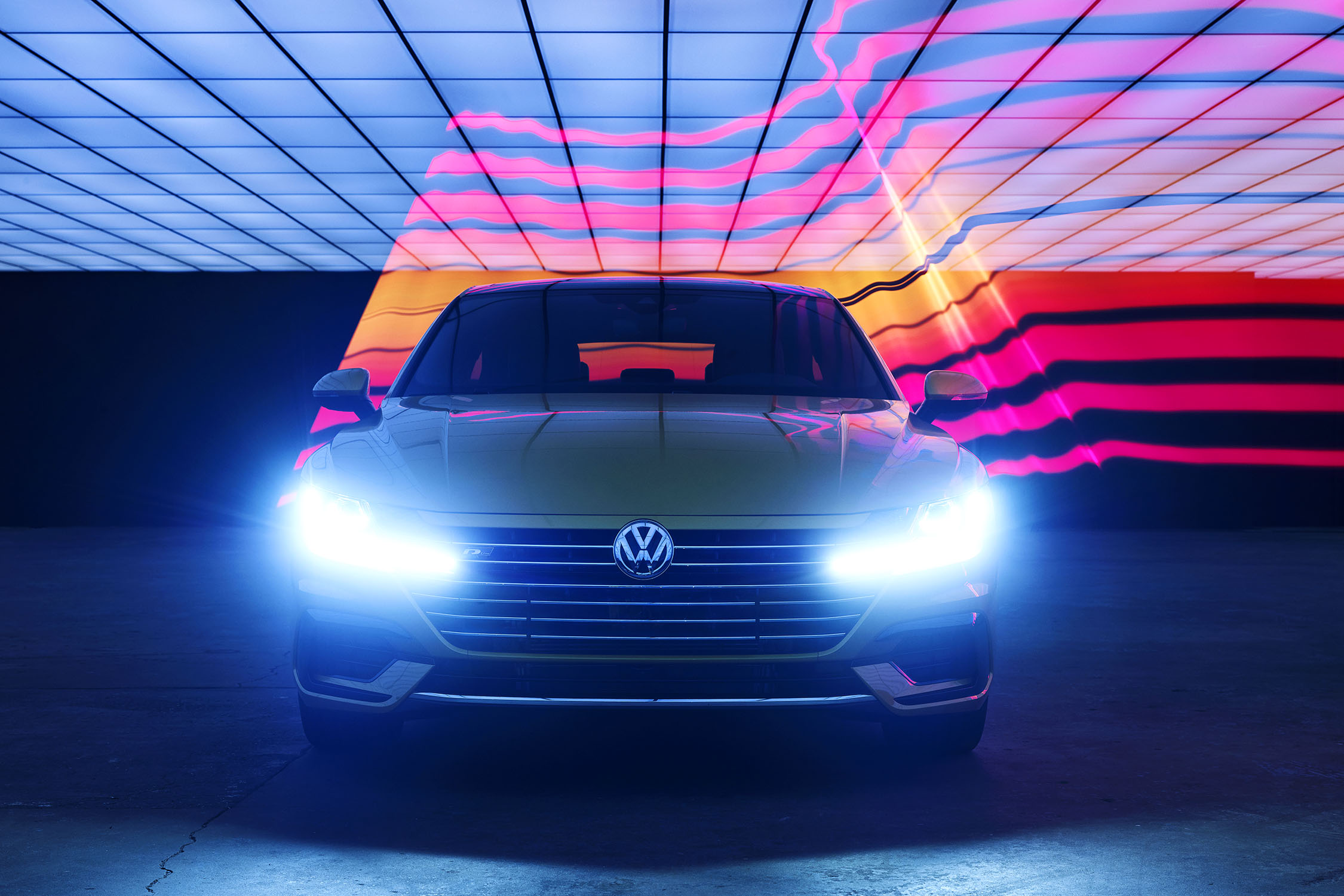 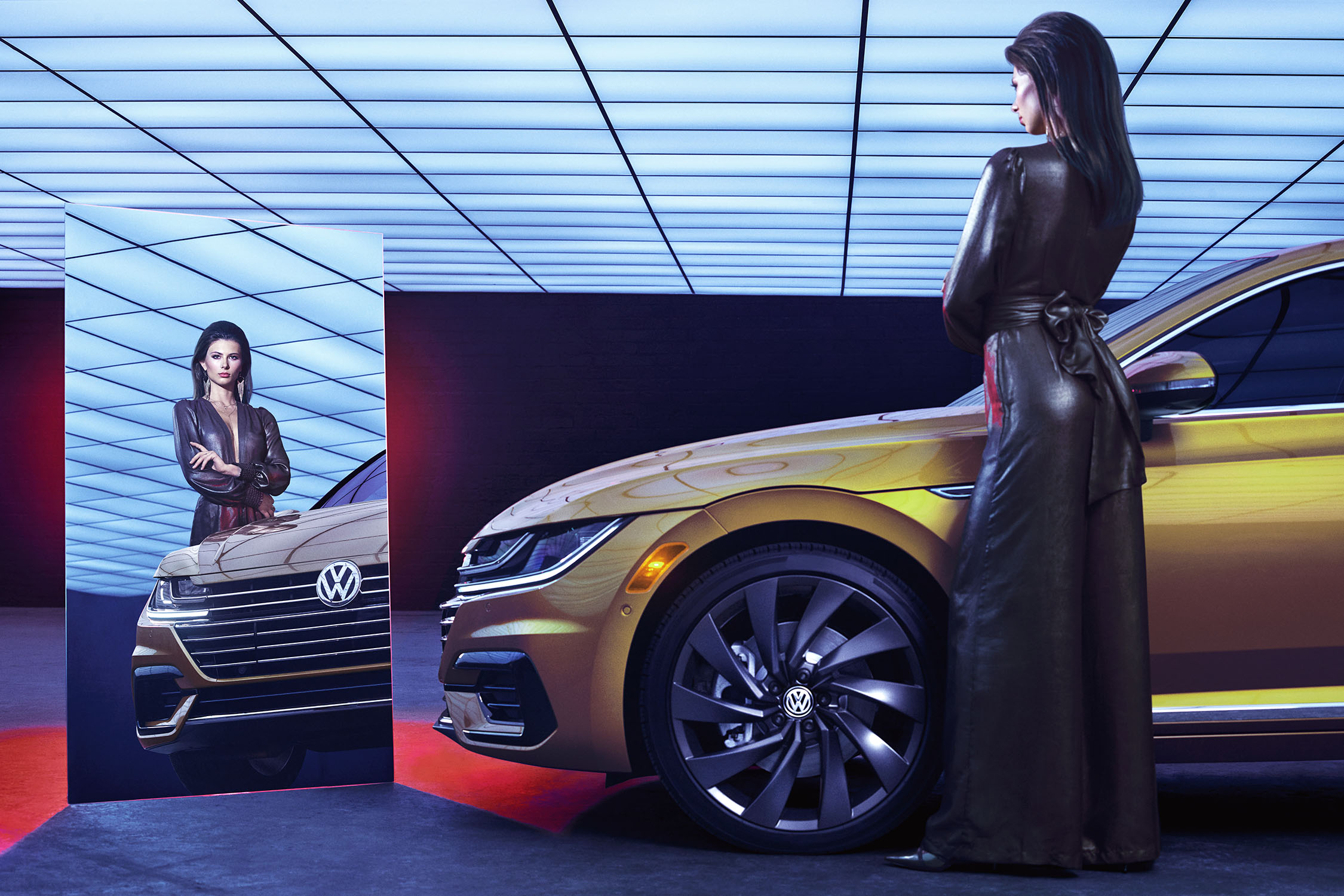 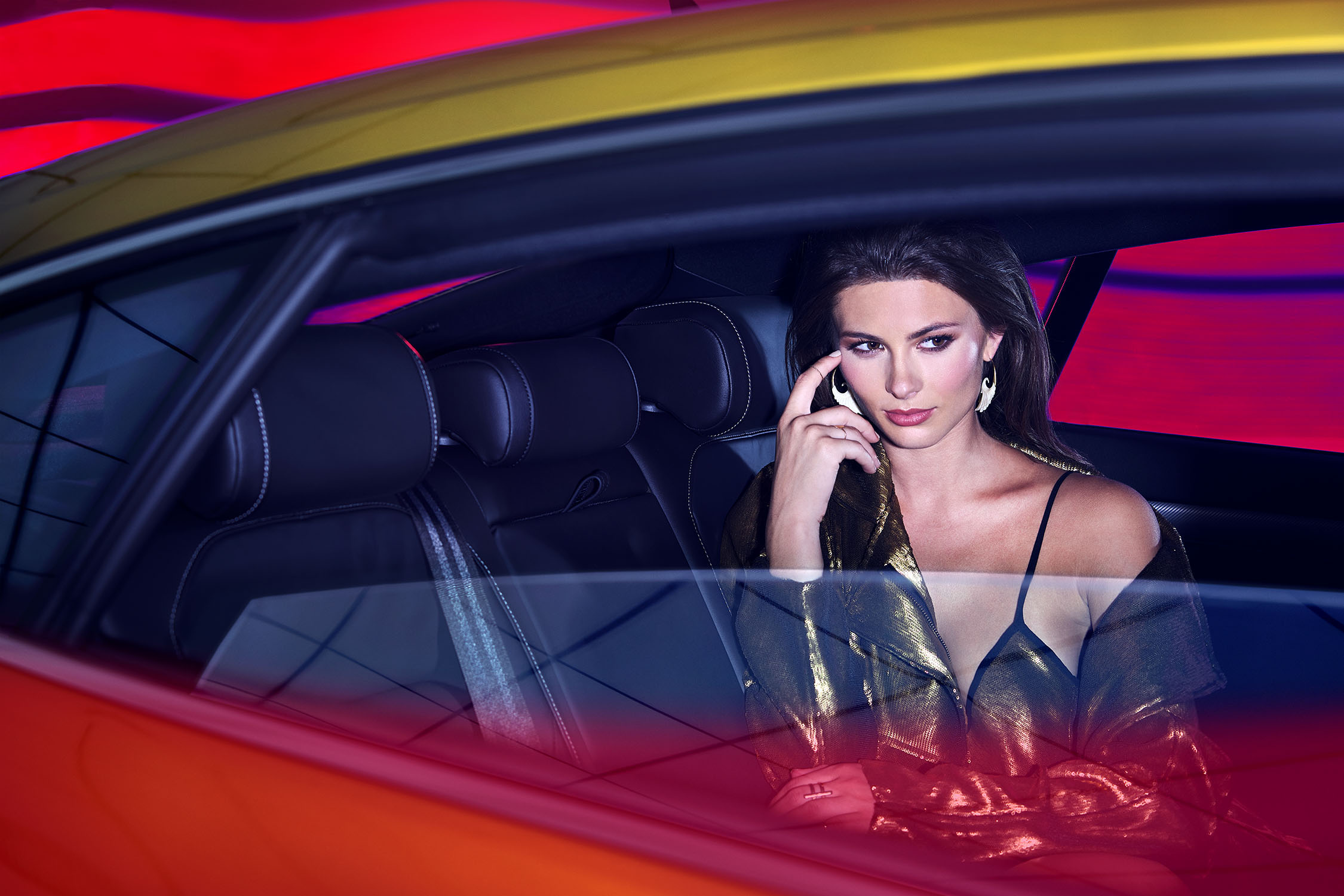 How did we get there?

A lot of my final images were captured with a combination of strobe and ambient light. Thanks to the XF’s internal Profoto Air Control system, I was able to fire my D1 1000 strobes without needing a separate transmitter. Also, I must mention that I was often taking photos in nearly pitch black situations and the XF’s HAP-2 autofocus system consistently captured images that were perfectly in focus.

In the studio, I shot tethered to my Mac Pro laptop, and used Capture One Pro to quickly check my exposure, focus, color balance, and composition. We were also able to check the color gamut to ensure how far we could push color and exposure on the final prints. 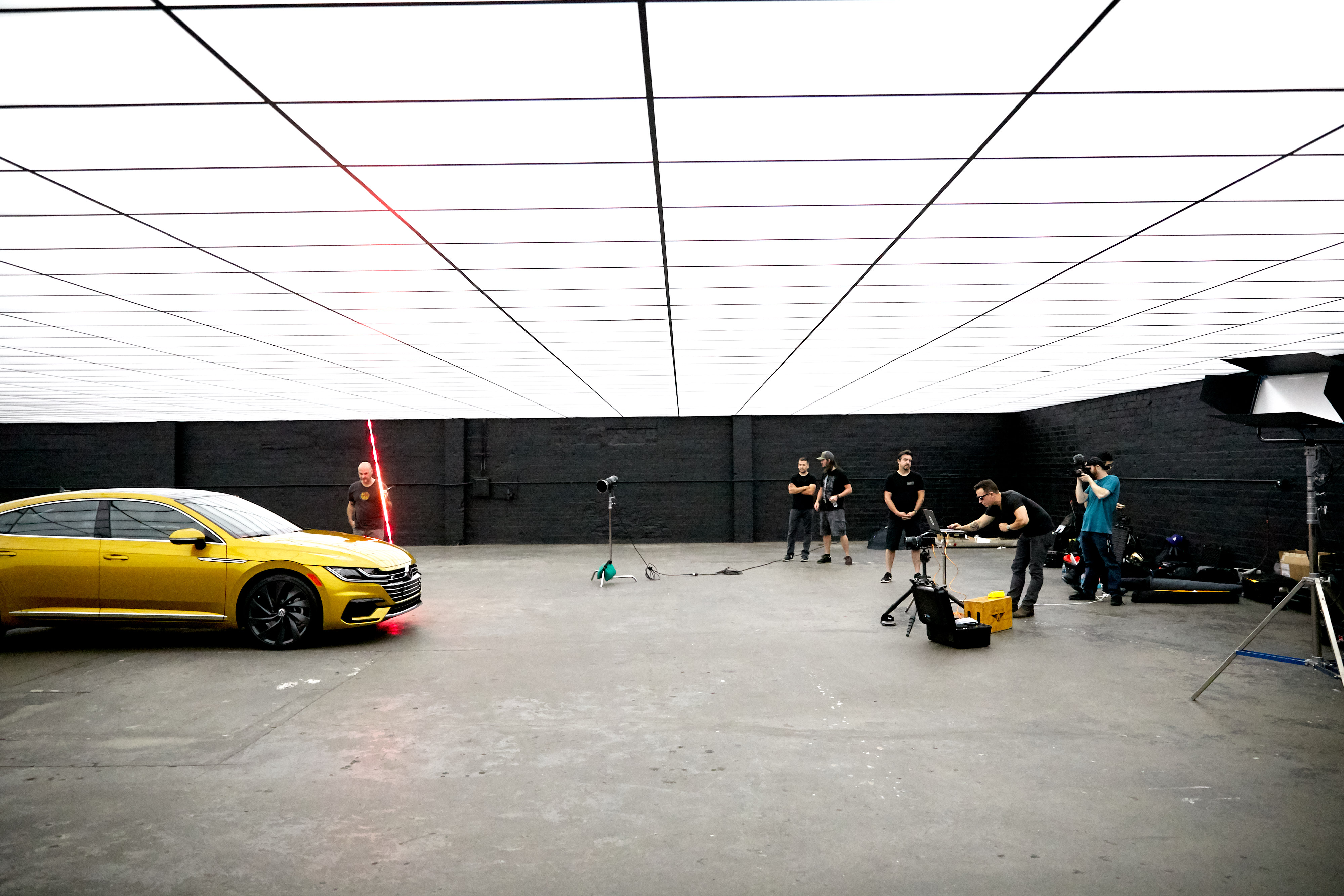 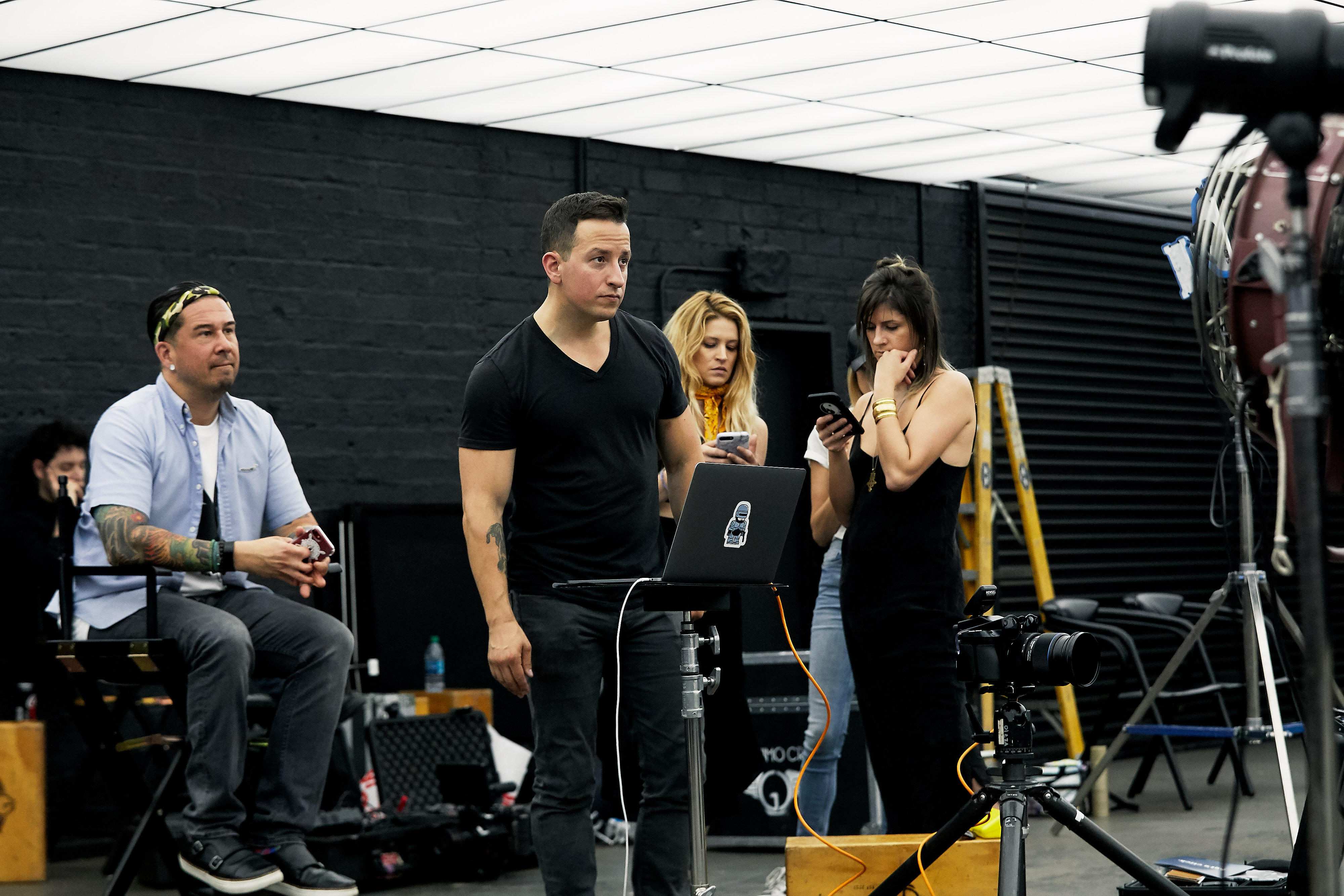 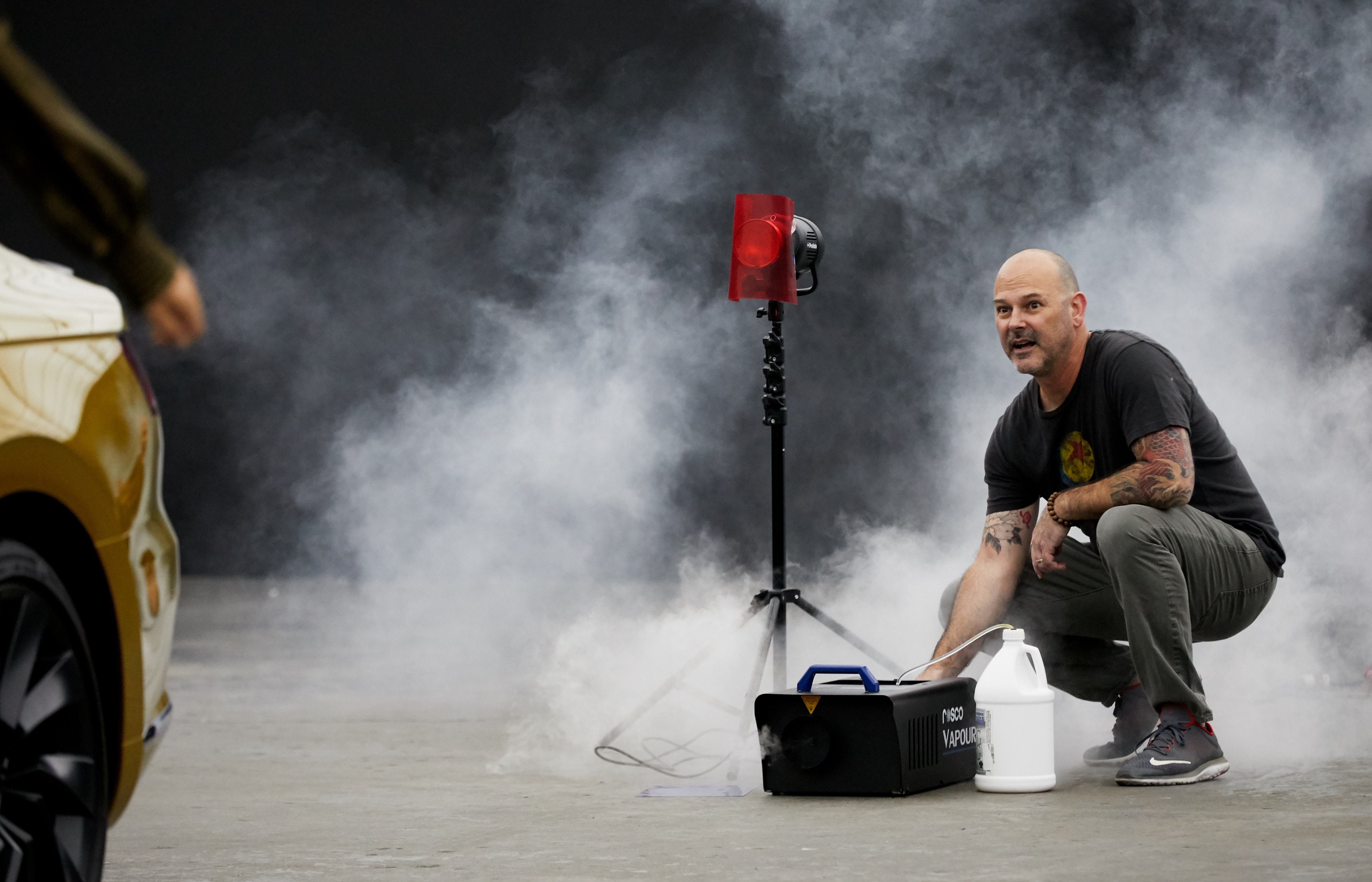 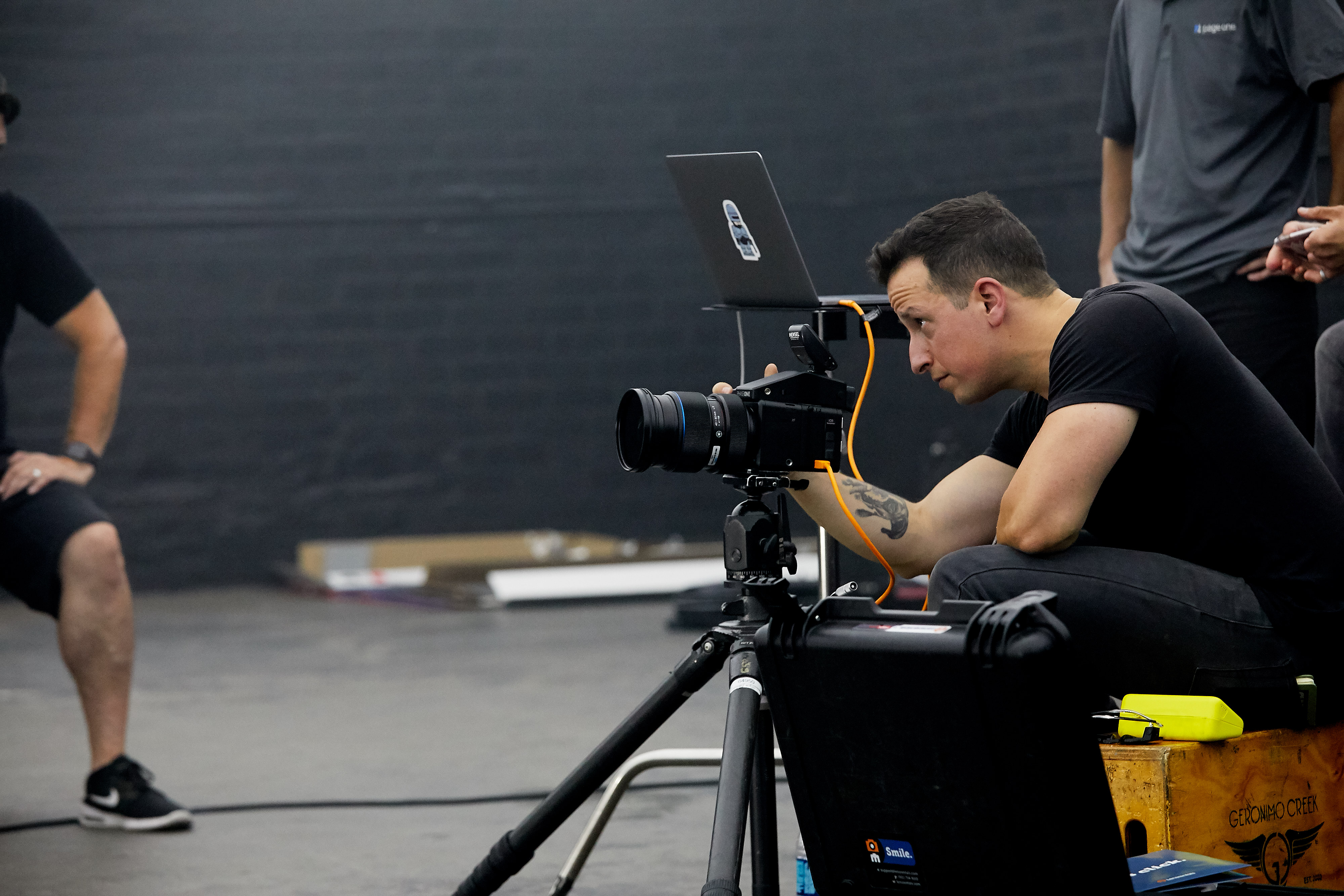 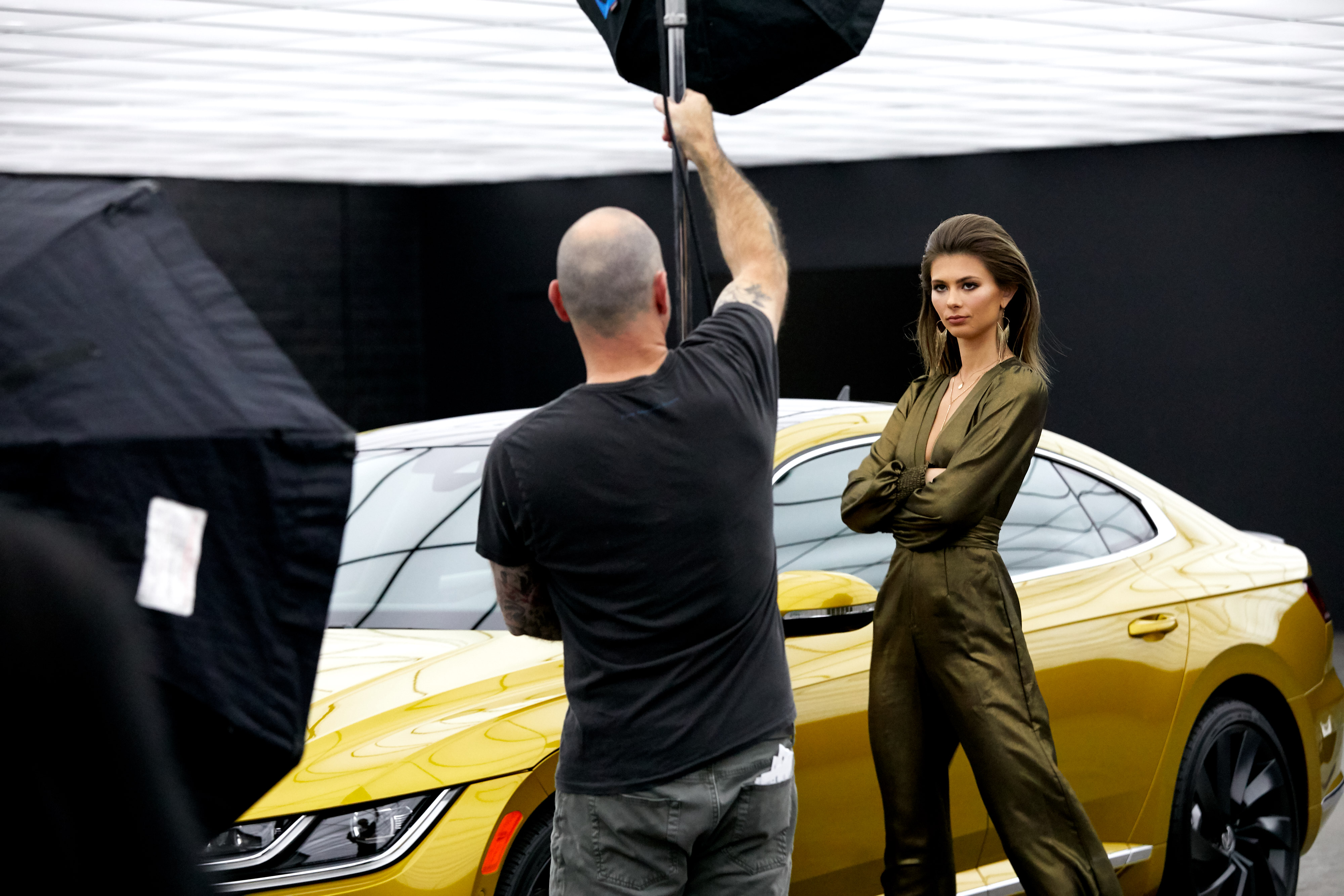 Processing the Trichromatic RAW files via Capture One was impressive and could show off the 15 stops of dynamic range. Additionally, there was essentially no image noise in the shadows, even when photographing at 800 ISO for 2-3 second exposures.

Files were exported as 16-bit to Photoshop CC for final retouching, and then sent off to my fine art facility to have the images printed on 8 foot long gloss metallic archival paper and mounted. As you can imagine, I was extremely nervous and excited to see the final results, especially since the prints cost around half the price of the car itself. I was extremely pleased with the final result. The color, clarity, and detail were perfect. Everything was pin sharp and the color reproduction was accurate.

Needless to say, the client was happy and we had a blast unveiling the car and the artwork at the famed Peterson Automotive Museum. 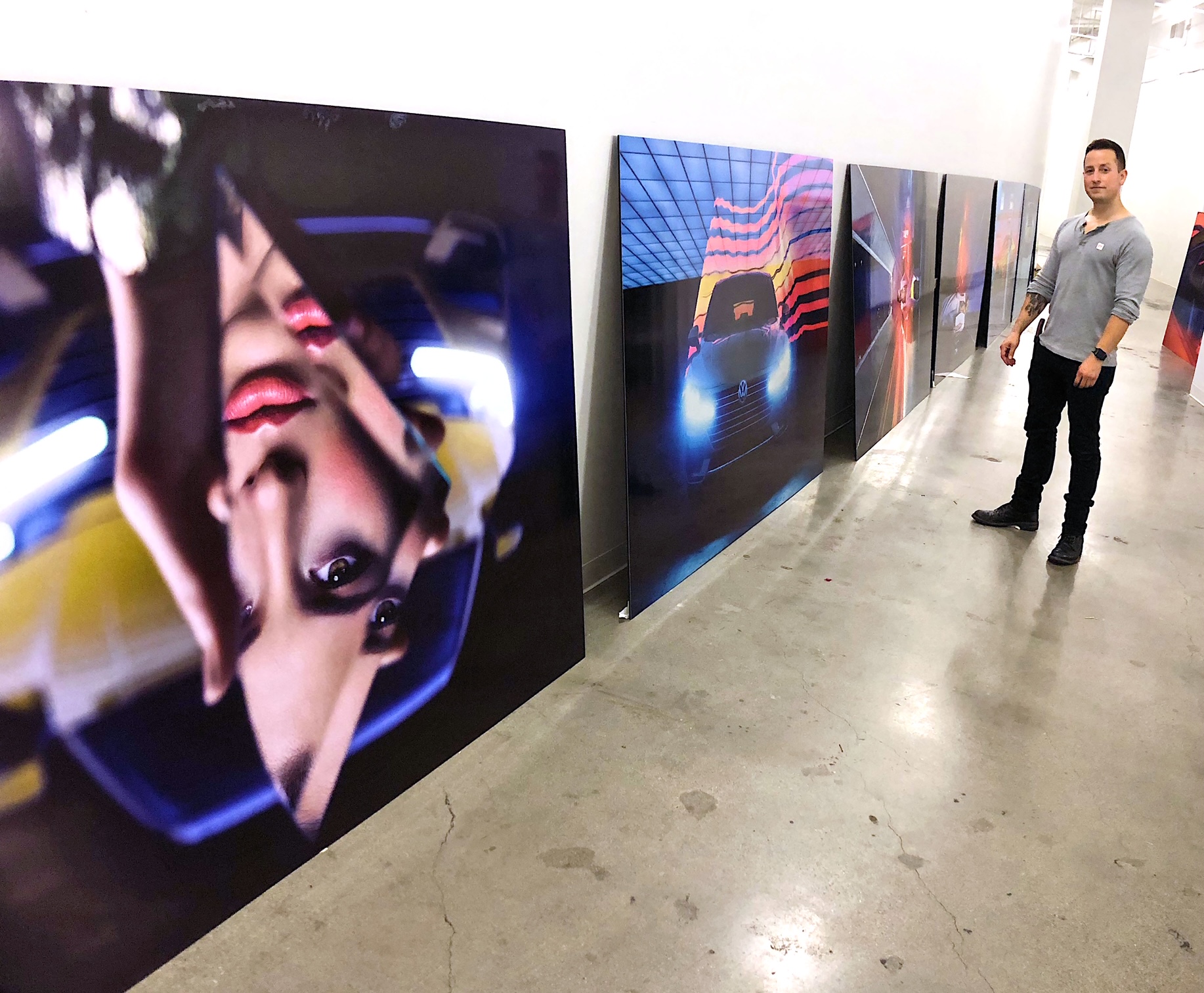 A creative agency with deep roots in production, design and technology.