SEE WHAT I SEE

Millions of people are affected by eye diseases, but describing vision loss is difficult.  NEI needed a tool to not only communicate the seriousness of eye disease but let people experience its impact on their daily lives.  BLN24 was tasked to design and develop a VR experience that was scientifically accurate to explore life with vision loss from common eye diseases, including age-related macular degeneration, glaucoma, diabetic retinopathy, and cataracts.

BLN24 was tasked with creating this app for Android and iOS devices as well as for Oculus Quest headsets to use at education events. Previously NEI was using cumbersome VR headsets that required the use of desktop computers and external sensors which took upwards of an hour to set up each time. We consulted NEI so that they could upgrade to better mobile device solutions as well as the latest in self-contained VR headset technology, which only require 60 seconds of initial setup time before an event.

We first worked to design and develop the user interfaces and user experience for all three app platforms. This was a very important part of the process because we wanted users to gain as much information and enjoyment as possible with the least amount of difficulty.

Next, we worked with NIH’s doctors to design visual overlays, which would simulate each specific eye disease. This was a unique challenge, because we needed to design an experience that is scientifically accurate to simulate what you would go through when struggling with a given eye disease. We had to review, x-rays, cat scans, and listen to patient case study interviews as we designed each overlay.

BLN24 filmed four “everyday environments” using the latest in 8K virtual reality camera technology. NEI wanted to recreate real every day scenes in virtual reality so that a user could see how each disease would make life difficult. We worked with their team to scout and secure a variety of locations that would best reflect these parameters including a grocery store, a fluorescent lit office during the day, a car in daytime traffic, and a bus stop at night.

After reviewing, stitching, and editing the virtual reality footage with the client, we began building the iOS, Android, and Oculus Quest apps in Unity. We incorporated our UI and UX designs, the new VR scenes we produced and filmed, and the NIH-approved disease overlays. After that was complete, we went through a rigorous QA process before submitting the application builds to their respective app stores. 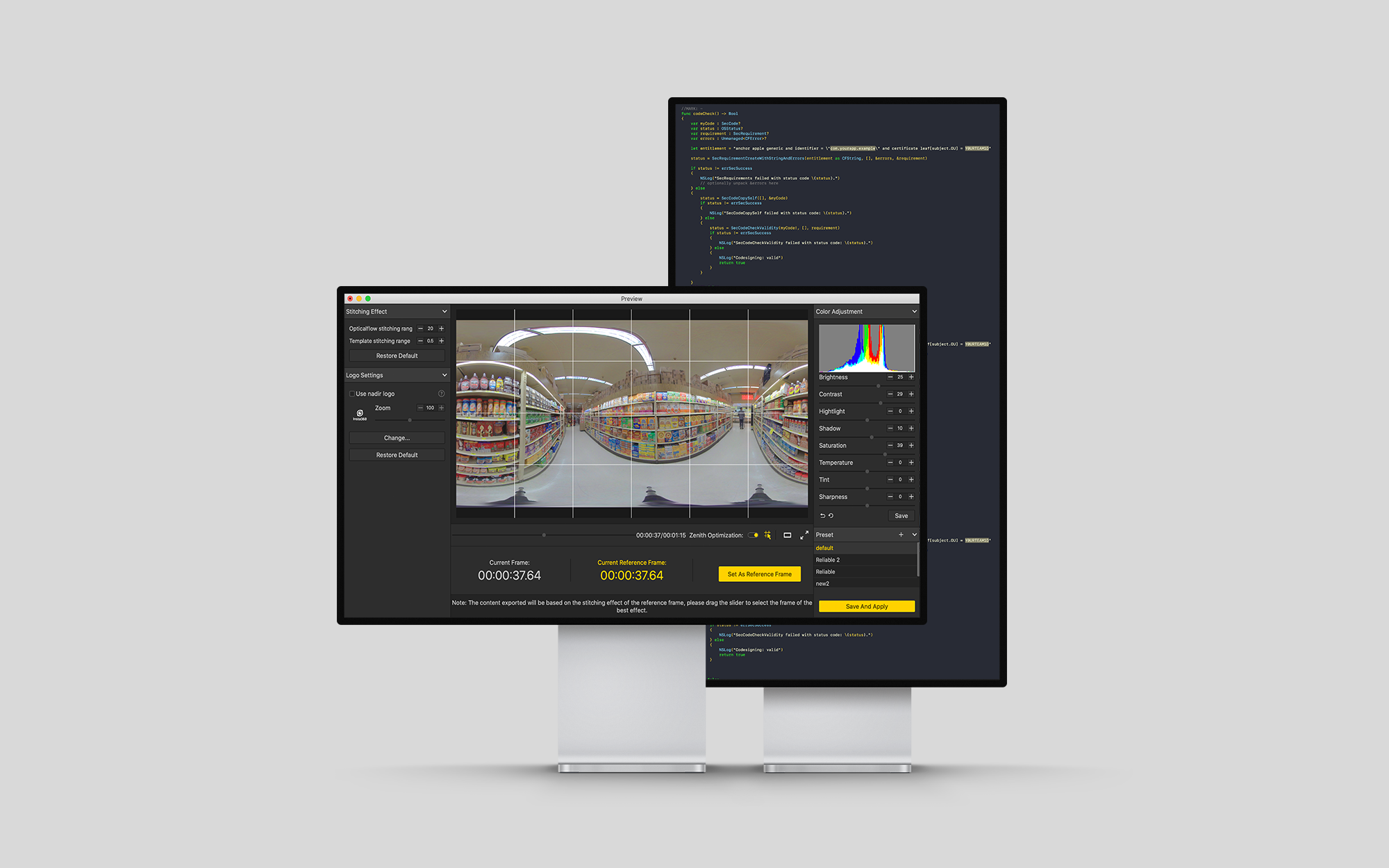 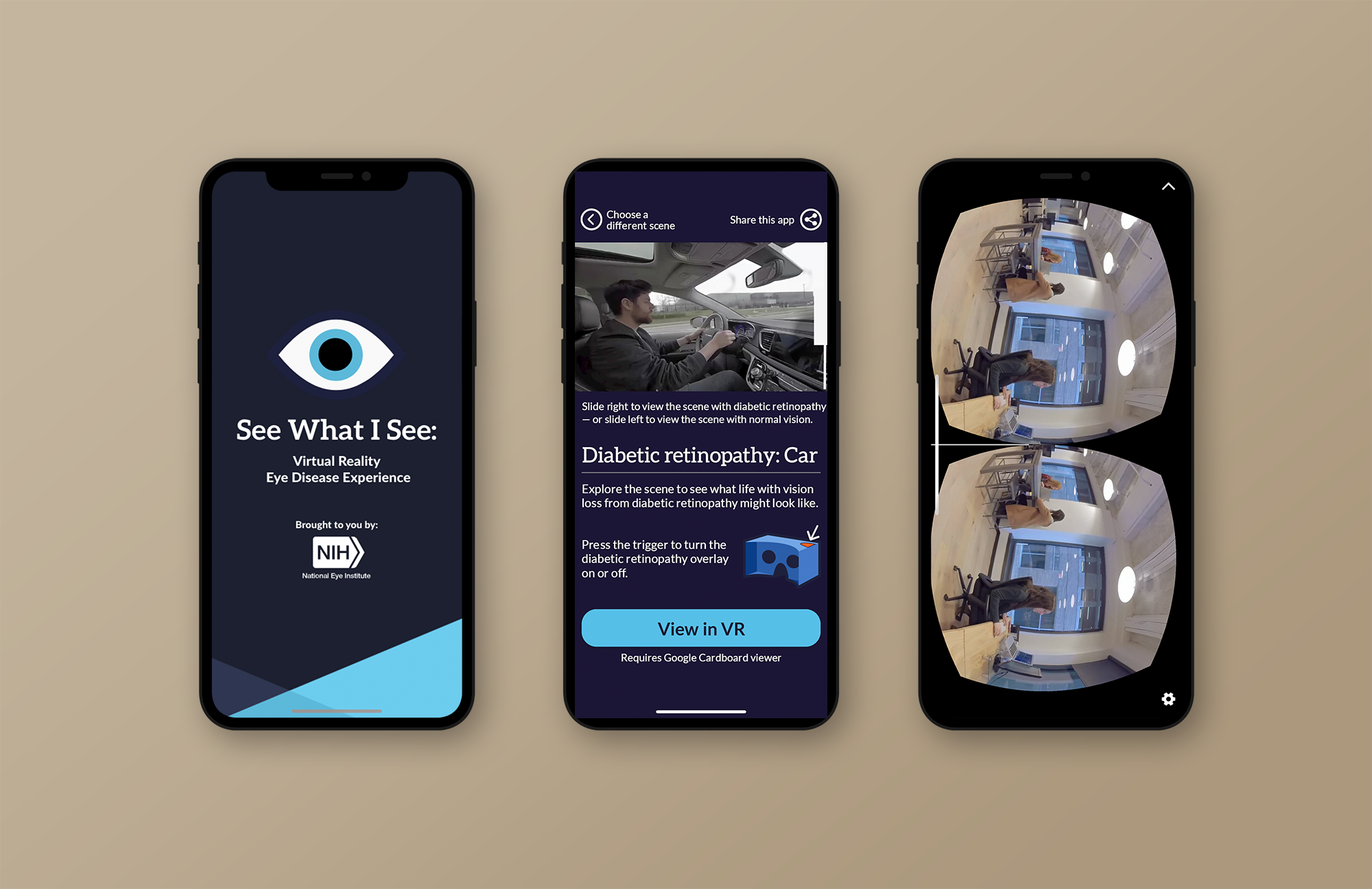 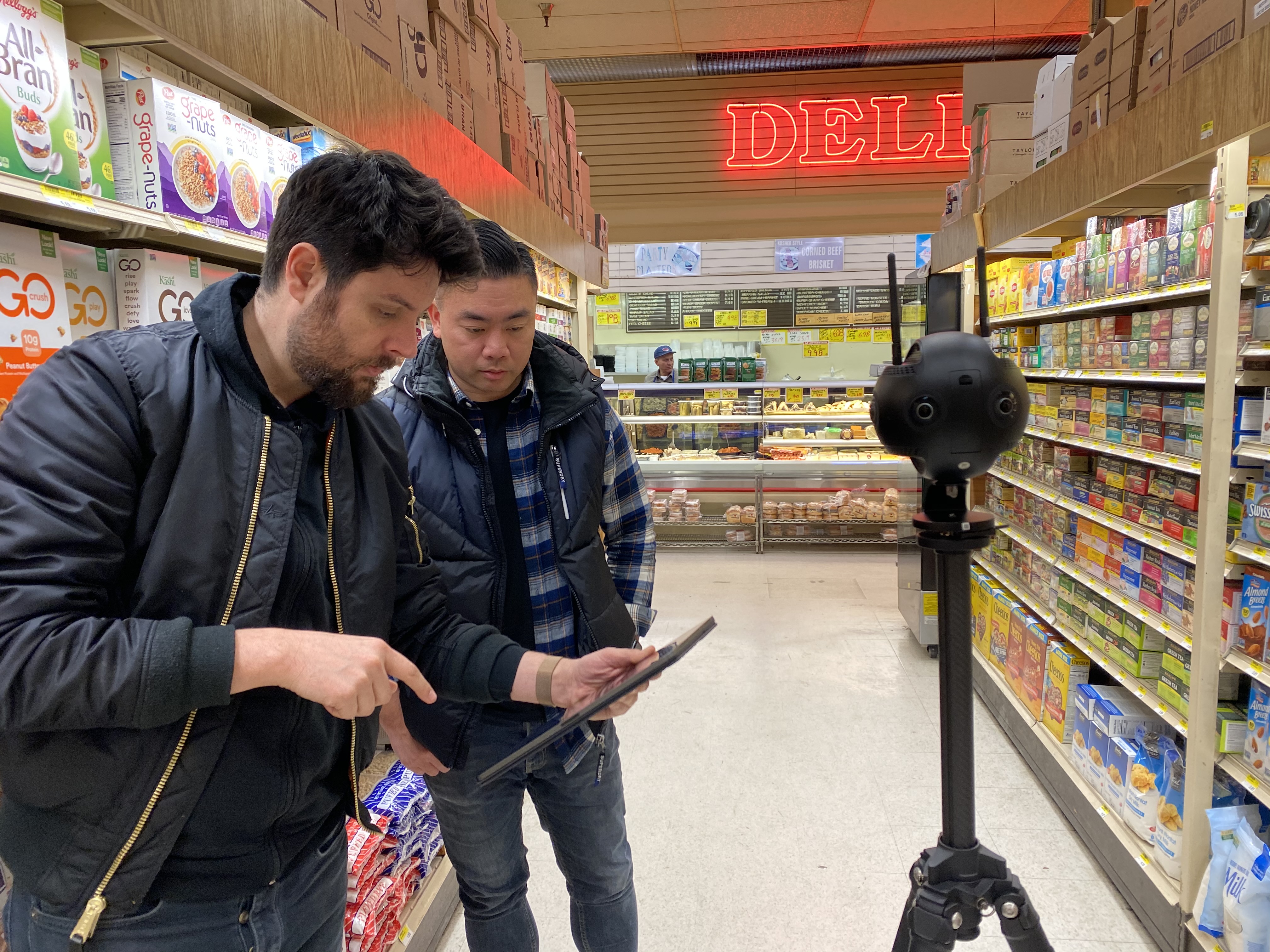 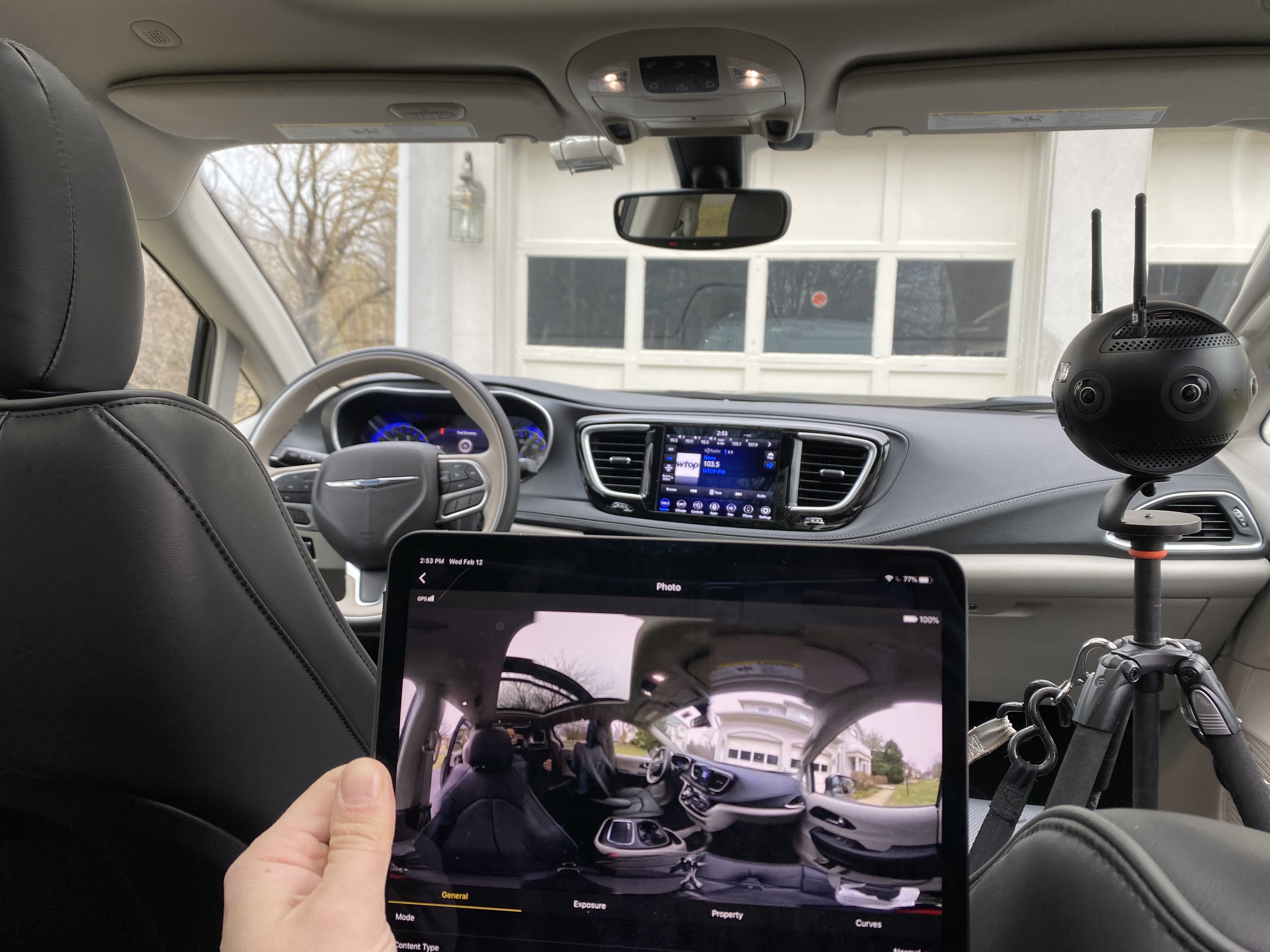 Let's get in touch

A digital agency with deep roots in production, design and technology.